I know so many people were influenced by Don Norman’s book The Psychology of Everyday Things.  Although I didn’t read it when it was first published, I consumed it voraciously once I got my hands on it, and it has informed my thinking ever since.

I think if you are a UX practitioner and you’ve read it, you can’t help but seeing examples around you every day – whether it’s a door, or an elevator button, or switches of some kind.  For fun, I am starting a new #uxfail tag here to capture some of those moments when the inspiration strikes.

For example, during my recent trip to Northampton to speak at Smith College, I stayed at the Hotel Northampton.  It’s a historic hotel located right off of Main Street, so it’s a wonderful location for visitors.  However, there were some oddities in my room worth pointing out.

For example, here are the light switches next to the bed: 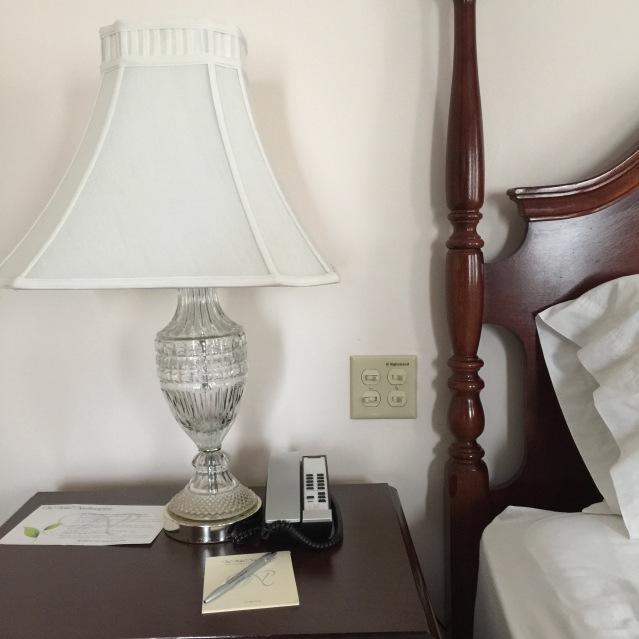 It seems like a LOT of switches given the size of the room.  I spent a bit of time trying to figure out what each switch was for.  In fact, it’s clear other visitors have had similar issues, given how the switches were labeled: 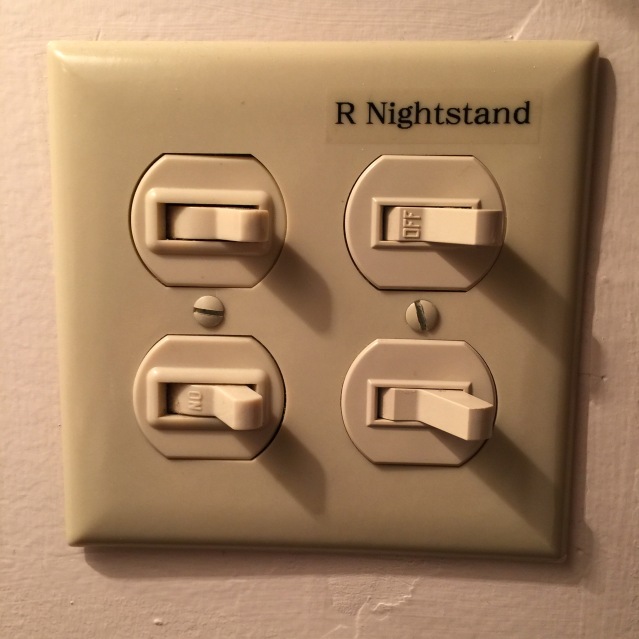 In fact, the switch for the left nightstand was the only one I needed, but oddly enough, it was in the bottom left corner of this set.  I couldn’t figure out the other two, and finally gave up trying.

During my stay I also requested a small refrigerator, as due to some serious health issues I typically travel with my own food.  In the past, I’ve had these little fridges freeze my meals – which is not so good when traveling with salad, and/or you don’t have access to a microwave.  I was told to wait until the unit had some time to cool off.  So once it had been plugged in for some time (and given my past experiences), I realized I should check the temperature.  So I opened the refrigerator to check the settings, and found this: 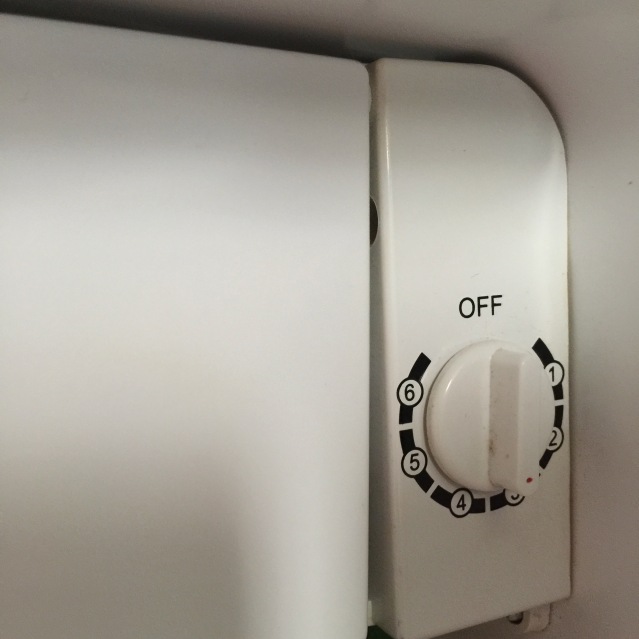 When engineers label the dials.

It needed to be a little colder but … was colder towards the 1 or the 6.  No idea.  I didn’t want to take the risk of ruining my food, so I left it as is.