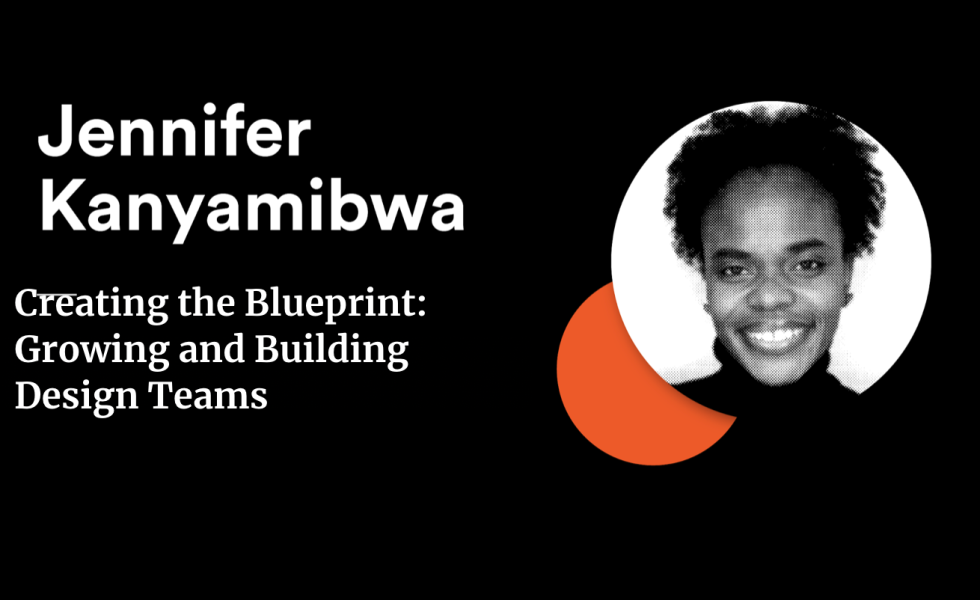 From the Design Operations Summit website:
Building a team is like building a tribe. Jennifer will focus on the complexities, celebrations and challenges of building a design team and what she has learned through the course of her career.

Jennifer was previously at Slack, now at Twitter.  She came to the U.S. as a refugee from Rwanda.  She is powerhouse with two Masters degrees.

She is going to share six lessons that she’s learned, and connect that to the team she’s building now.

Stay Resilient.  Coming into a field where you are faced with obstacles and challenges.  It’s not just a professional thing, but a personal one.  Her grandmother is 99, she is a designer and a survivor of refugee camps.  She had 20 children and ran a farm.  Her eldest daughters dressed the kids, fetched water, and took care of the animals.  They would have family status meetings to check in on people’s feelings.  She traveled on foot from Rwanda to Kenya – and her skills helped people survive on that journey.

Build Culture Everyday.  That is a hallmark of what we do.  She lived in Berlin for a year and a half, and she was part of the conference organizing group for Tech Open Air, which is a conference with 20K attendees.  They represented 30 different countries. As a way of building a sense of team, every week they would make lunch together.  Their CEO would make each of them a specialty smoothie.  And they would go to the farmers market to get food, and make recipes from all over the world.  When the conference started and things were crazy, they would reconnect to how they cooked together, and it made the execution  much easier.

Innovate Through Process.  Colleagues don’t like to discuss process!  But it is an innovative tool – it connects people to build things and scale them.  She worked at Bloomberg as a technical program manager – she worked with engineers.  It was very fast moving, a lot of energy, and a lot of numbers.  She ran a year long project to implement a new way to pay people at Blomberg.  It was put in place after Hurricane Sandy – they had to find a way to pay people in NYC while that office was not productive. She had to work with payroll, engineering.  The requirements procress and the documentation was later used for other proejcts.  You can take the smallest and biggest problems, and use process to bring people together.

Promote Transparency.  This is certainly a buzzword from CEOs on down.  But what does that mean in a city like NYC?  Her first job was working in the NYC mayor’s office, and worked in city agencies, the NYPD, the Department of Justice, of Education.  They got together once a week.  They represented the mechanisms that make the city run.  They would talk about individual projects, and they developed respect for one another.

She worked for Health and Human Servcies, related to food stamps.  And she was able to have conversations about policing in black and brown communities.  She is so proud to have worked in the city, affecting the way citizens interact with the city.

Find Your Team’s Story.  It’s important for cohesion, and for recruiting.  She worked with a brand strategy agency called Wolf & Wilhelmine, which was mostly women.  She was just back from Germany, right after the 2016 elections.  Joining this agency helped her process those changes.  Instead of having a stand-up, we would journal and then we would share.  What came out of those conversations was not about Nike, but what we were doing for ourselves.  A lot of the brands came to them to understand their market.  They organized an amazing event where women from different backgrounds came together to discuss why they feel upset, and what can we do moving forward.  It translated into their work on brands; those stories have made their way into the brands they worked with.  Not just about bringing people in, but finding your place within the team.  They helped her get through a difficult point in her life. 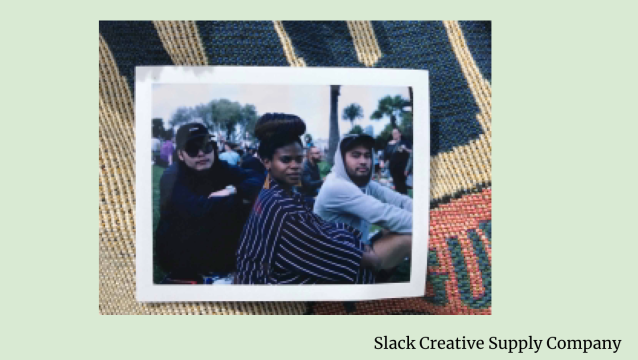 She was a studio manager for the brand team.  She worked for the product design team, too.  They had no budget and no backing – but they had an idea, an experiment.  They did a competitive analysis of role-based plans.  How could they make Slack more alive?  How could they show the concept of winning in Slack?  They came up with photos (using the team, props from their own homes).  It was a huge success, and they proved themselves. 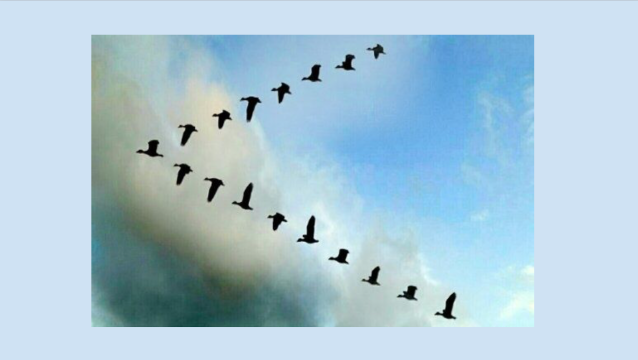 What she invisions them building at Twitter is this V, where we can do all the things she spoke about today.  The blueprint is within all of us – we bring our own experiences to bear.

← Understanding Experiences
Taking it to the next level →

2 Comments on “Creating the Blueprint”