We’ll Figure That Out in the Next Launch: Enterprise Tech’s Nobility Complext

Every design decision has the potential to include or exclude customers. Global Research emphasizes the contribution that understanding user diversity makes to informing these decisions, and thus to including as many people as possible. User diversity covers variation in capabilities, needs and aspirations. At Uber, the Global Scalable Research program is intended to influence product teams at HQ and around the world, to design and test in global regions: currently Mexico, India, Brazil. In this talk, I’ll discuss how we use Global Research to prioritize what product teams really need to build well and understand if their designs have relative ease of use that translates well to non-US users. Our Global Research priorities addresses some of the most challenging problems facing our global users today.

Nancy is that she is an amazing researcher who is going to talk with us about the Nobility Concept. She is going to talk about this as a big problem in tech and beyond.  The risk is that we can be misled in believing we understand the problem.

Nancy is from Haiti, which is a Caribbean Island in the Dominican Republic. Her family members are farmers in a rural community. This is picture of her family’s four room house, with the kitchen outside. 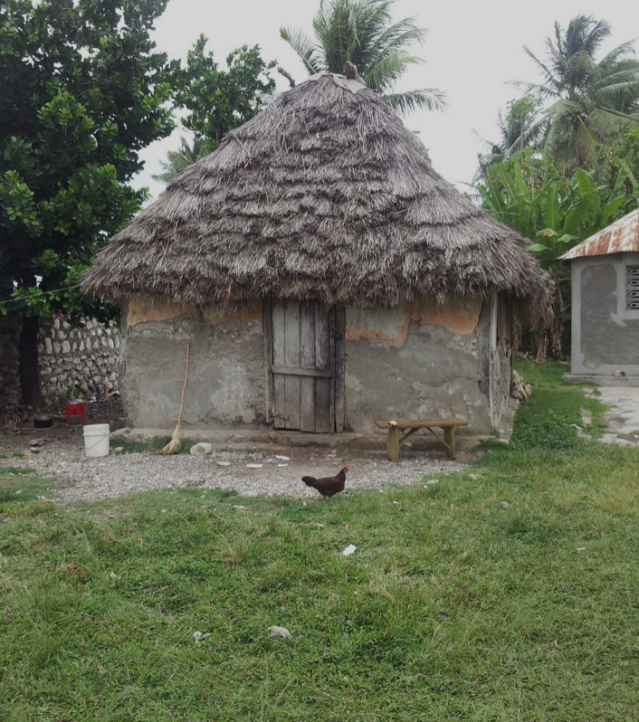 How would you scale this in a way that works for a rural community like this? Some people say they would like electricity. It looks old-fashioned, maybe it should be rebuilt, make it look more aesthetically pleasing. Or maybe you could make the roof flat and more modern – less hut-like. What if you did add electricity, what – what would the implications be for the community?  If you know that this is a hurricane-prone community, prone to flooding, you would know that electricity can be extremely dangerous during those times. What do you know about how they spend money?  This roof, the lack of attraction with this home. But it is a thatched roof – it keeps things cool, and insulated at the same time

In enterprise we all want to design for scale; we want our solutions to reach more customers. At MIT and at Harvard she worked with some budget and a decent amount of complexity. But as she progressed in her career, she got an MA in Human Factors Engineering, and started her PhD.  She wanted to understand how Americans see the world. She consulted for many organizations, and she worked as a Human Factors Engineer. As she gets more responsibility, she has had to think even more about scale. She has been to at least seventy countries, traveling on her own. It has increased her sensibility to design.

Her family was impacted by an earthquake, and later a Category 5 hurricane. People were so empathetic, they wanted to know how they could help.  They wanted to understand her perspective.

Companies are adopting empathy as a way to build their reach and acquire more customers. But is empathy enough to build for scale? That is the question we’re going to try to answer today.

Being empathetic can also be a shortcoming as you think about scale.

Following the earthquake, people asked her “where can I send clothes, Nancy?”  Here are some of the photos her cousins took of the area at that time: 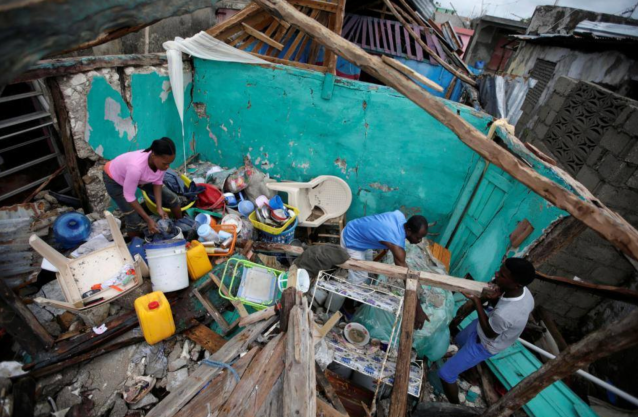 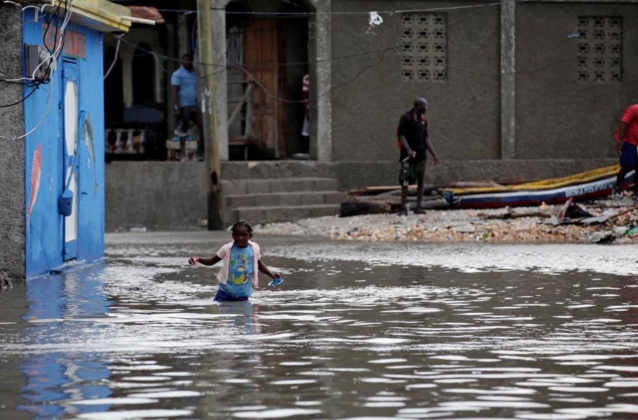 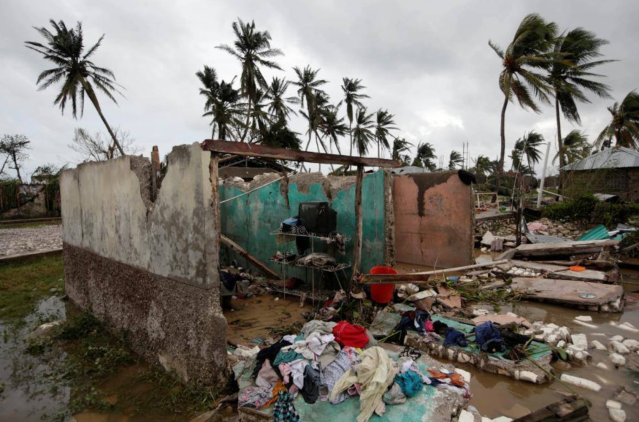 Do they even understand the problem here? Homes are gone, flooded. There is no place to go – where does the idea of donating clothes even come from? They are well-intentioned, but they don’t understand the full context. What is the cost to our customers of of our quick fixes? Fostering empathy should be a baseline in designing for reach, but we need more.

She calls this gap the Nobility Complex. We are are susceptible because of our privilege, without accounting for explicit and implicit bias. But in business terms, you can ultimately limit your revenue potential if you don’t understand local appeal. You can spend inefficiently, because people are 3x more likely to engage if things are translated in a culturally appropriate way. We are seeing 5-10x losses in profits because we don’t take those things into consideration. We think we know what we’re doing because we’re in SF, we’re working at the heart of technology.  But that is not enough.

Some of you will remember Tay, who was an AI bot from Microsoft that would learn from Millennials. It would say things like “humans are super cool”.  But she became a racist, sexist monster in less than eight hours. Yes, the team tested for a few years before launching. But they tested in China, where freedom of speech is not present.

What Bradley said in the Coding Risk was that those were the worst days of his professional life – or maybe even of his life. When people typed gorilla, African American people came up. the system was garbage in, garbage out. Just like Tay, it would spit out garbage. If you typed ‘n-word house’, it would take you to the White House during the Obama administration. They had to put a layer on top of their AI to mitigate some of those risks.

Soap dispensers and water sensors in bathrooms don’t work for dark skinned people. Even the sinks are racist. 😕 Dark skins absorbs the light.  That company’s growth will be limited if they can’t sell in communities with dark-skinned people.

She learned that American museums and libraries are designed to echo, because people tend to be quiet when it echoes.  She asked herself whether under those conditions a Haitian would be quiet or whether they would make music?!

We are privileged and feeding back into a luxury loop.  How do you design pickup for this intersection in India?

How do you do an ETA if a cow crosses the road when the driver is in transit to that pickup? Our solutions can be hurtful, so we need to stop designing for the Western market. We have to make our products scalable to get these voices – not just our own – into our product process.

She was excited about Uber because they are all over the world (in 77 countries), and she wanted to do research all over the world. She was tasked with scaling their research capabilities globally. There were lots of gaps, inconsistent collaboration, communications, and more.  She developed a global research team, and together they decided to make changes. She was tasked with building their GSR (Global Scaleable Research) Program, they are pushing and inspiring teams to test in multiple regions. It was a group effort to help HQ understand and build something truly global.

What they do is manage a bi-weekly research cadence. They do fast, regional, parallel research to get teams the insights they need.

In order to scale, they had to make it systematic – people can pause to test their design earlier through a global checkpoint.  They have been doing this bi-weekly for the past six months. The end-to-end process is two weeks, and they invite other people across the company who might be impacted by the findings / results.

In six months they have found it to be a game-changer. There is a difference in ROI, and also a wider radius of influence, because they were picking up innovations from other place.  That in turn accelerated their own innovation efforts.

In keeping with the Nobility Complex, innovation is being bestowed on needy communities – but we can change that. It needs to start long before you take that product to market. Once you start to internalize those perspectives, you can champion those needs and make sure new voices are accounted for in the product. Google Autocomplete and Google Voice were accessibility products before they were made more widely available. At Uber, when they put a screen in, introverts no longer needed to talk to a drive.  But it had the added benefits of making it easier for immigrants to use the service, too.

There are three actionable things we can do:

We need to slow down to make sure our solutions are building the right kind of change throughout the tech ecosystem.

People are giving ideas and solutions for her family’s house without knowing what they need.  What they really need are more trees, and homes that can be disassembled and re-assembled more quickly.  Many families build houses out of tin scraps.  They let the house blow down in a storm, and then pick up tin scraps to put houses together afterwards.  Her family’s house is right near the beach, which is wonderful.  Solutions are are always better with community involvement.

Nancy often reminds people that design is not art, it is problem-solving.  We should strive to incorporate some of these perspectives while building our solutions.

2 Comments on “The Nobility Complex”