Today I received a WordPress.com summary about how this blog did in 2010, and I thought it would be interesting to share:

The Blog-Health-o-Meter™ reads Fresher than ever. 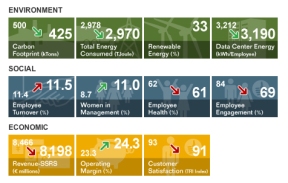 In 2010, there were 16 new posts, growing the total archive of this blog to 44 posts. There were 327 pictures uploaded, taking up a total of 1gb. That’s about 6 pictures per week.

The busiest day of the year was November 30th with 119 views. The most popular post that day was Greener, happier commute.

These are the posts and pages that got the most views in 2010.

Another nice bit of feedback was that “some of my most popular posts were written before 2010. Your writing has staying power! Consider writing about those topics again.”

Thanks for being a part of this writing journey with me – I hope you will continue to follow along in 2011!